With 25 years experience in the golf industry, Kathy Bissell has specialized knowledge in many golf arenas including golf course sales, golf writing, golf television production and golf public relations.  Bissell's  family has been in real estate for more than 50

years, and she was a broker in Illinois in her father's office immediately after college.  However, she transitioned to other areas of interest which she pursued for many years.

Bissell has written more than 1300 on-line articles with more than a million reads, has written hundreds of articles in print and received numerous awards. 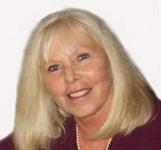 She has been a consultant for the World Golf Hall of Fame, developing the current exhibit plan for the Museum, proposing the Locker Room permanent display for inductees, and working on displays for a number of inductees including those for Ben Crenshaw, Bernhard Langer, Tony Jacklin, Tommy Bolt, Harvey Penick, and Nick Price. She also worked on special exhibits to honor the careers of Ben Hogan and Byron Nelson.

Back on Market:  Ohio

Georgia by I-75 SOLD

Women in the Golf Industry